In the late 1960’s the N. Thompson area citizens were actively lobbying the government for a health care facility. Doctors had been attracted to the area but none stayed because of the lack of local facilities. There wasn’t a hospital when the auxiliary was formed but founding member, Mavis Parker, decided we would be ready when it was built.
In February 1970 she contacted a number of local ladies from Little Fort to Avola and hosted an organizational meeting in her home. With help from the RIH Auxiliary and BCAHA the Auxiliary was born.
Some of the early fundraisers were; Klondike Night, fashion shows, dinner dance shows, afternoon tea fashions as well as the luxury of fur fashions. Bell bottoms and hot pants were a hit of the shows of the 70s.
Two Quality Auctions have been held. These were big money raisers and required a lot of time and dedication from the members. Part of the proceeds of both auctions was turned over to the Regional Hospital in Kamloops. In 1995 the Auxiliary sponsored an Oktoberfest with the help of the community. The Birch Island Unit hosted many very successful Skate-a-thons. They were great fundraisers and a lot of fun. Sunshine Valley Unit sponsored the No-host Bazaar held in November with Santa in attendance for 35 years. Clearwater Unit hosted a Spring and Fall Flea Market.  Clearwater used to host Strawberry Tea at Mavis’s to honor the local seniors. The Vavenby Unit operates the Auxiliary Thrift Shop which is the society’s biggest money maker.  Vavenby also hosts an annual Christmas Craft Fair.
The long awaited new Multi-level Care Hospital opened June 10, 2002. What an excited procession as extended care residents were wheeled up the road from the old hospital to the new. The Auxiliary was provided with an area for a Gift Corner that opened in December 2002. (grand - opening was April 04, 2003)
Pauline Gregory spearheaded the setting up of a TV/Music Fund that would ensure this service would be provided for the Extended Care for years to come.
Major fund raisers for the past two decades have been: Vavenby Thrift Shop, Gift Corner at the hospital, Bi-annual Flea Markets  (to 2008), Christmas Bazaar  (to 2010),  Dessert Extravaganza (October 2007-2014) and Garden Party  (May 2010-present). The local high school woodworking and construction classes have donated a garden shed, playhouse, birdhouses and bat houses on different occasions for raffles and for the garden party. In 2015 we started a 50/50 raffle that has proven very popular.  2000 tickets are sold and except for the first one, have sold out. We are now preparing for our 11th Annual Garden Party this coming May 3, 2020.

The Hospital Auxiliary continues to provide TV and cable service free of charge to all patient rooms in Acute Care and to the common area in Forest View Extended Care. Over the past 50 years over $673,000.00 has been spent on equipment/fixtures for the hospital. All fundraising has been done locally and we thank the entire community for their tremendous support over the past 50 years. 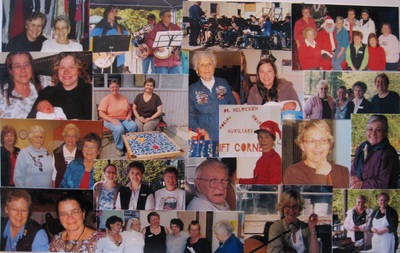 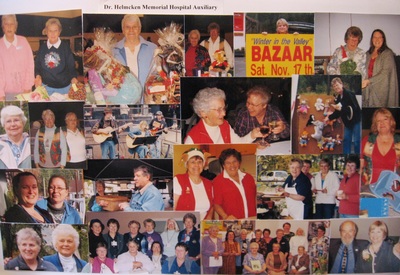 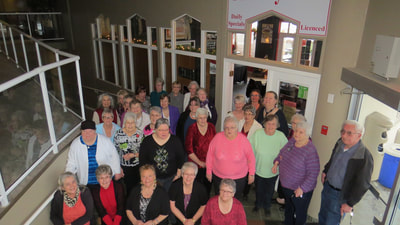